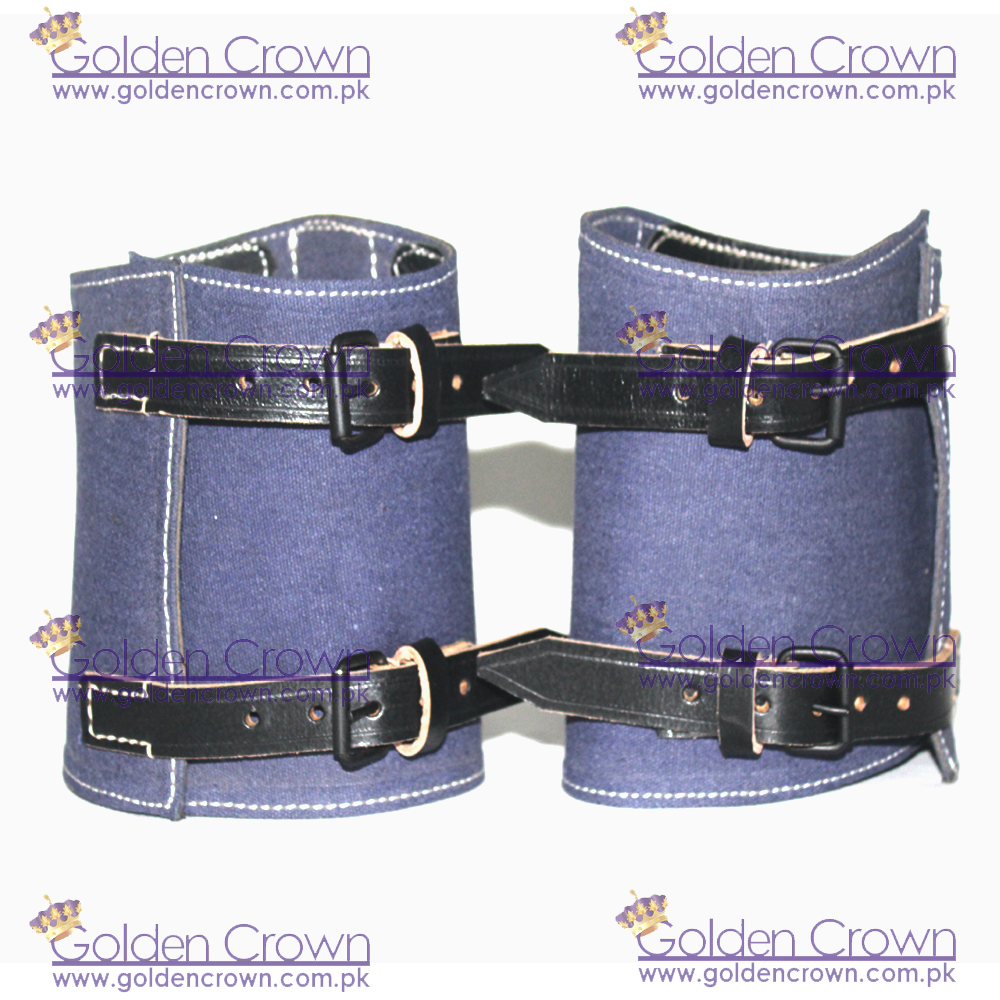 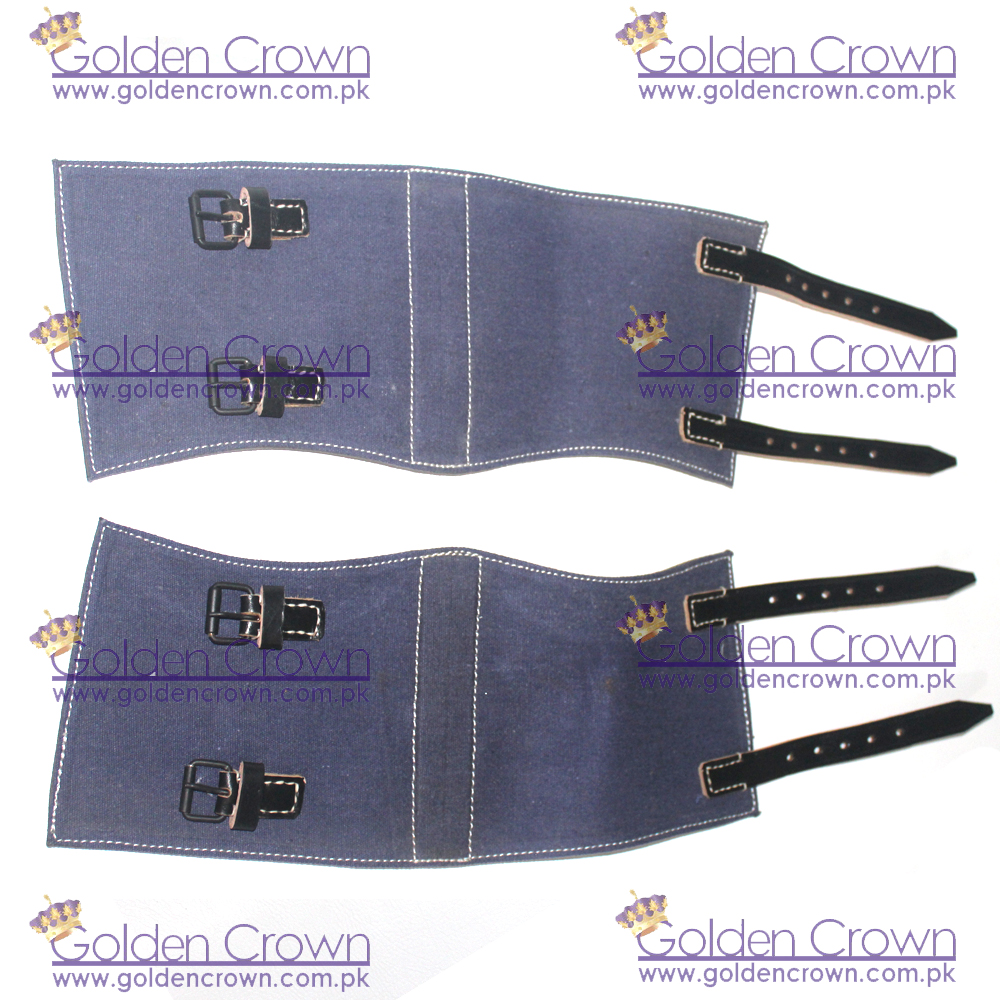 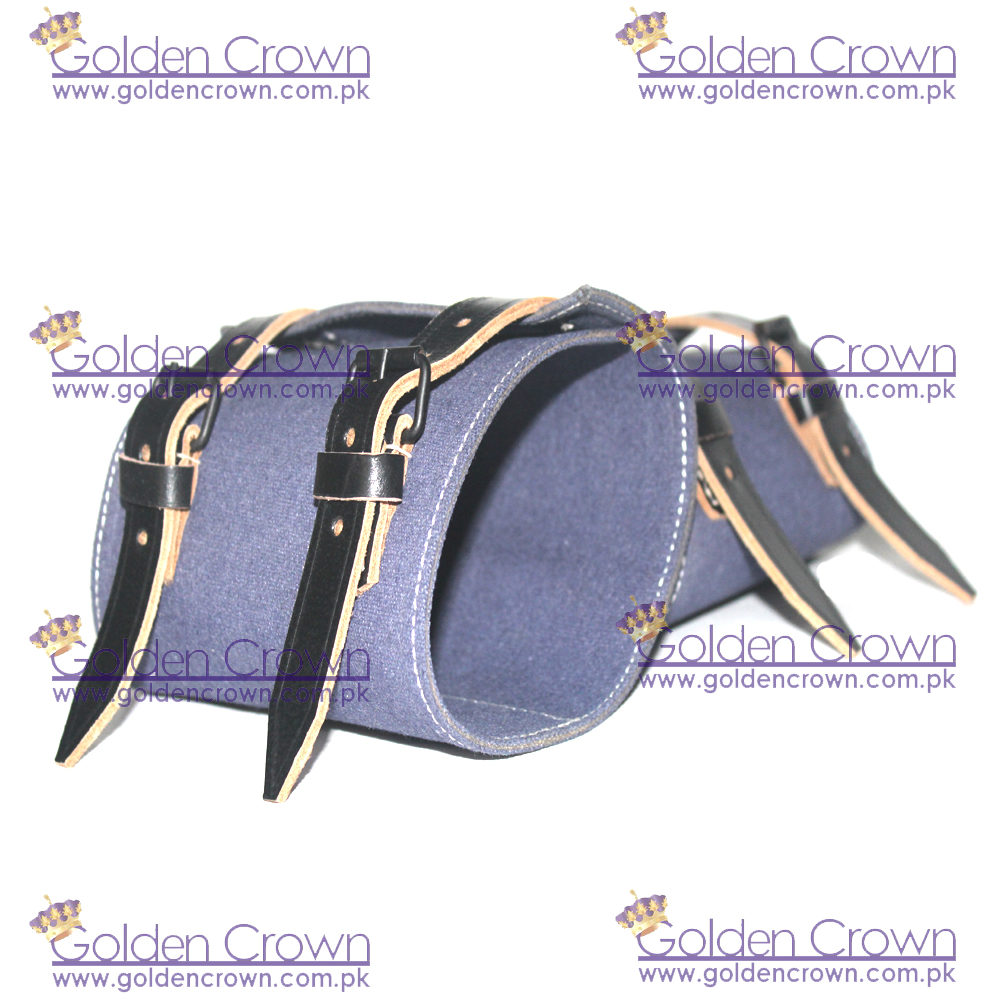 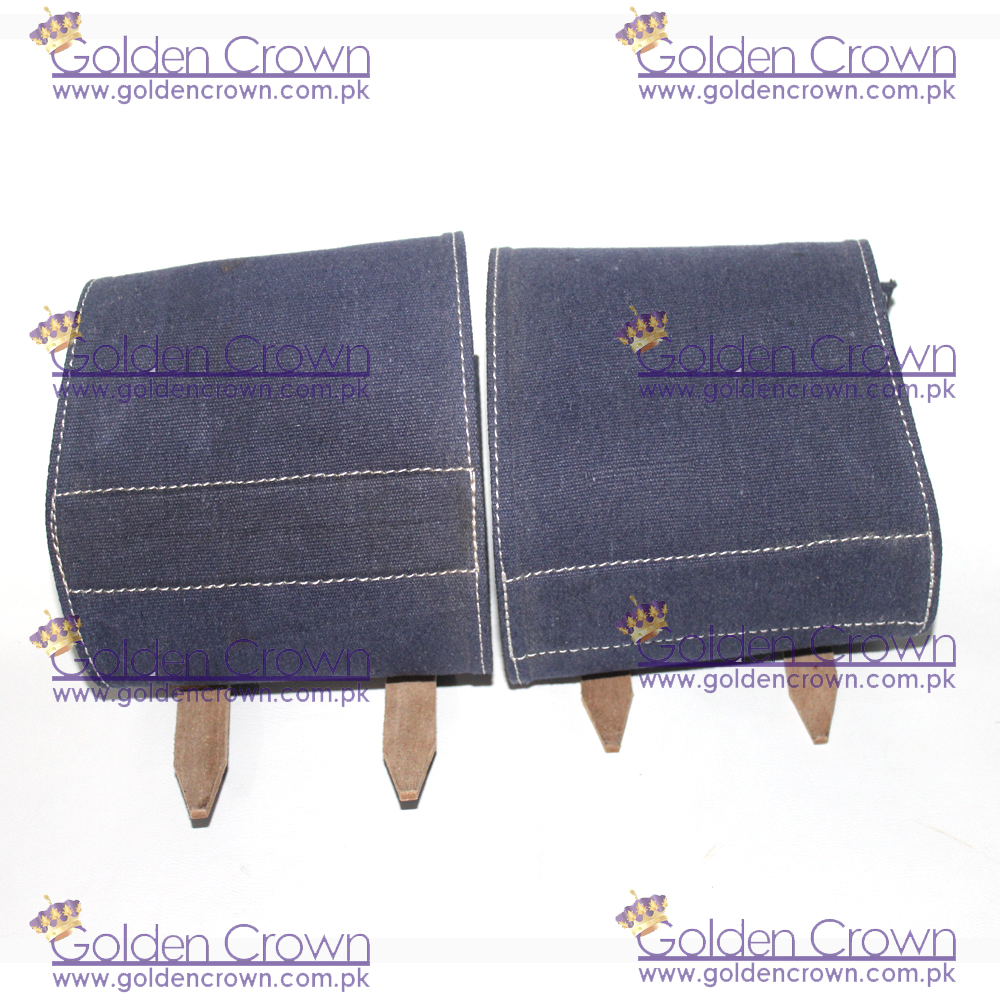 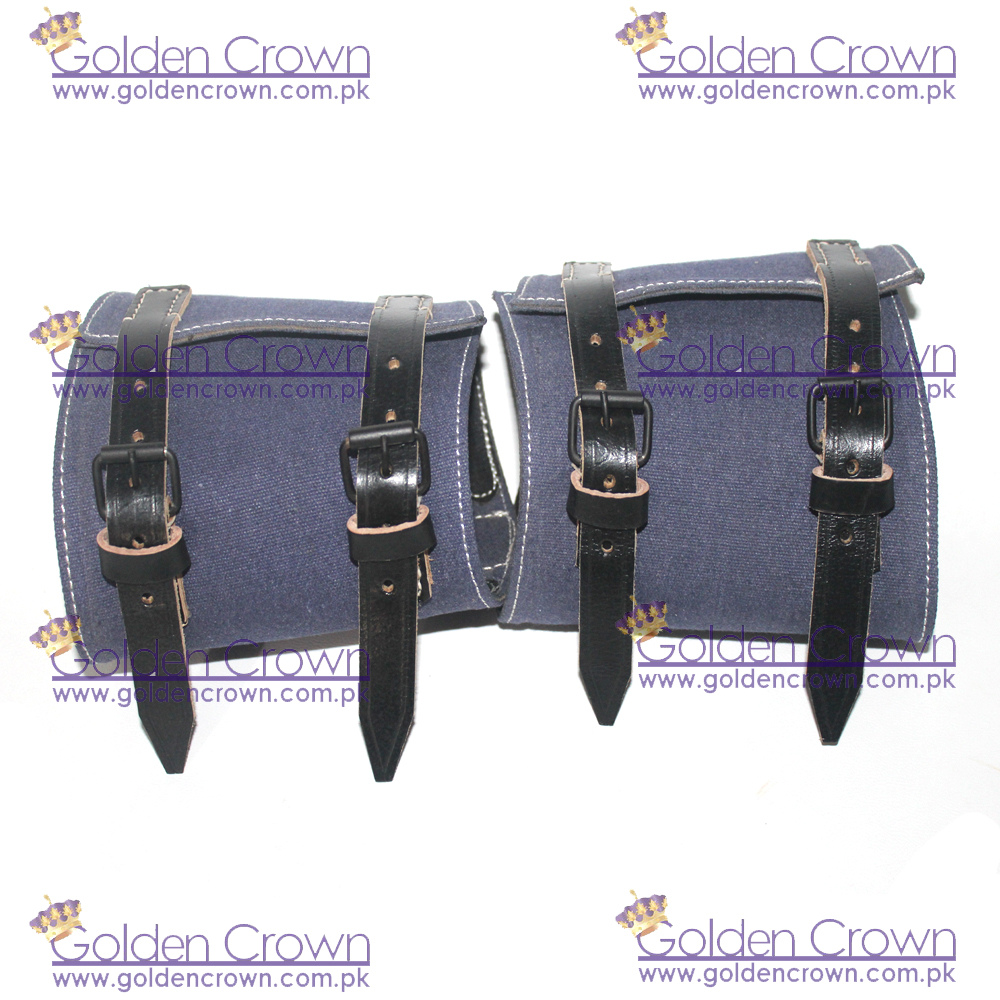 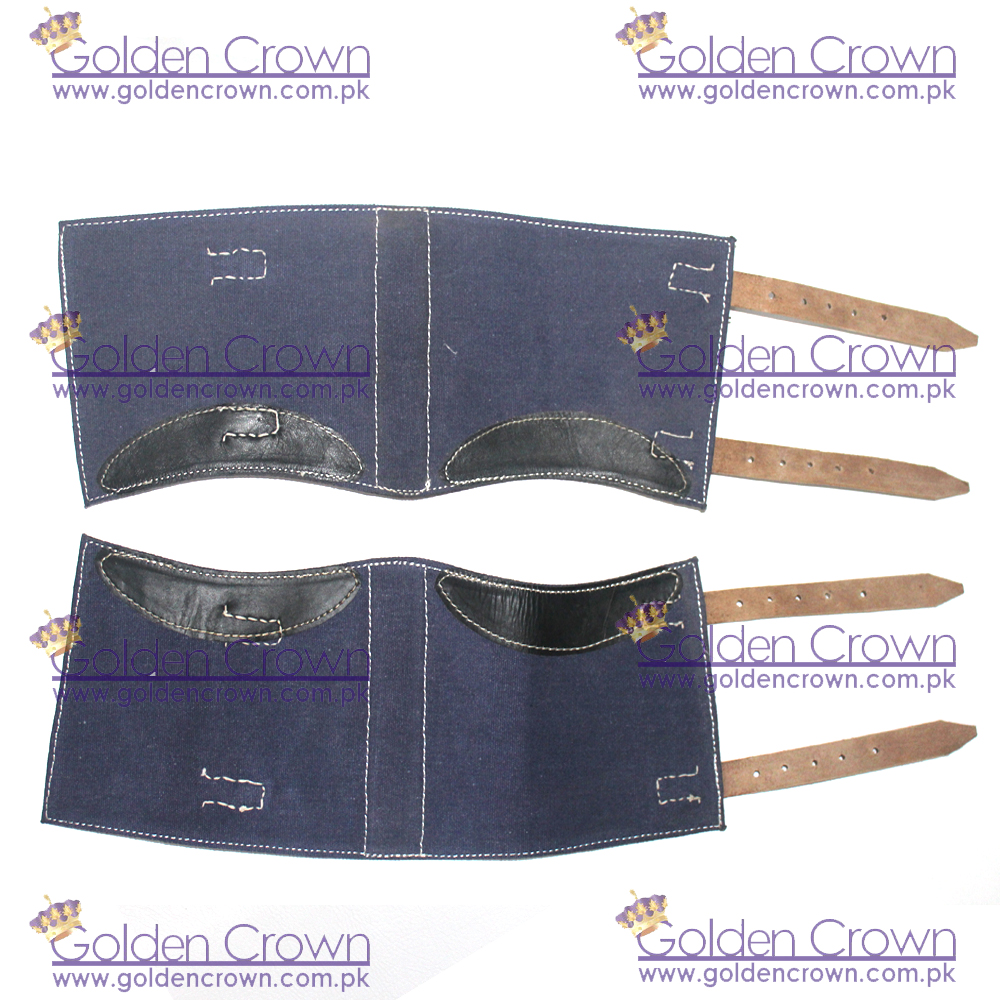 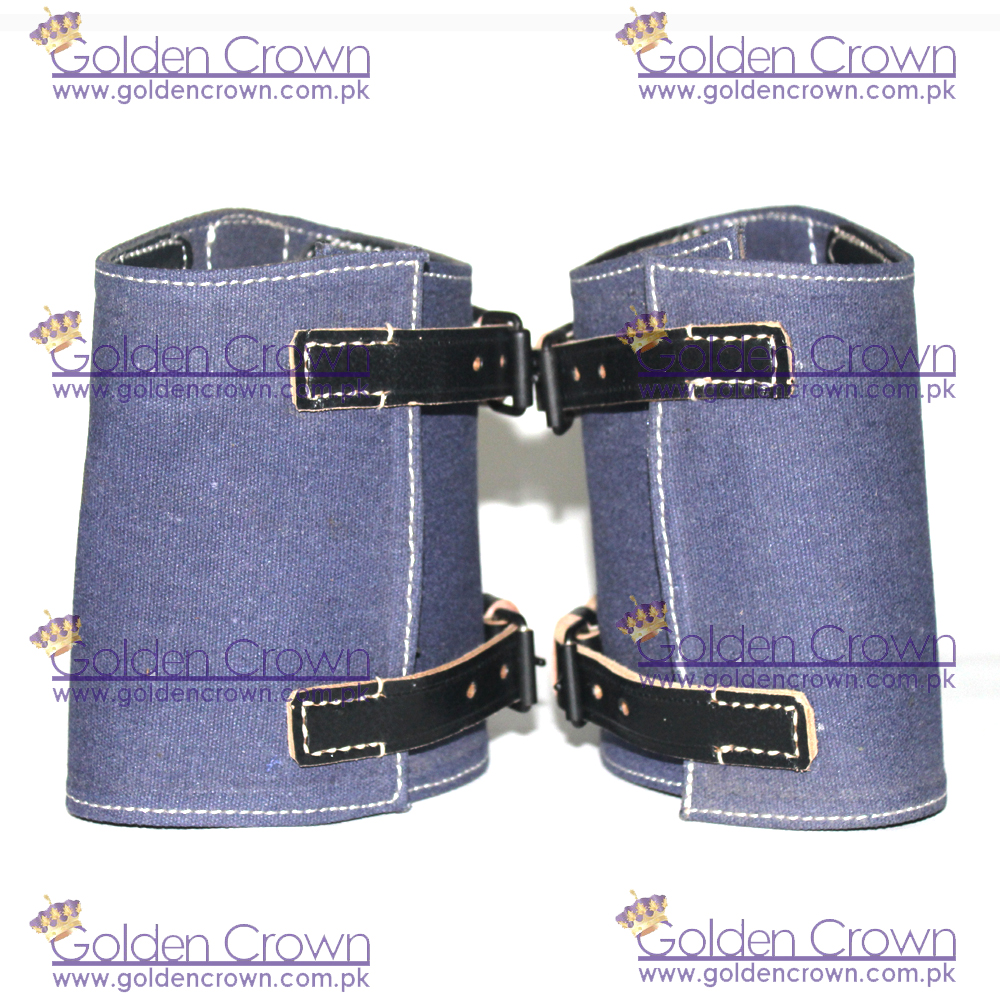 Art No: GC-04397
Description
Reproduction Blue Canvas & Black Leather Gaiters. Made from thick blue canvas with black leather tabs and a leather scalloped edge. The Gaiter (Gamaschen) were introduced in 1940 as an effort to cut dow....
ADD TO CARD

Made from thick blue canvas with black leather tabs and a leather scalloped edge.

The Gaiter (Gamaschen) were introduced in 1940 as an effort to cut down on the use of leather by the German army, particularly with the jackboots.They were originally issued to rear line and ersatz troops but were quickly issued to front line soldiers and then army wide. Soon, they were more commonly seen on the battlefield than jackboots. With the issuing of the M43 uniform the trousers were specially designed to be more easily worn with the gaiters, tapering at the ankle and having a heel strap to keep them in place. There was also a certain way as directed in the uniform booklet on how to correctly fold the trousers to prevent wear. Although the gaiters were considered the norm, elite units such as Grossdeutschland were still issued jackboots until the end of the war.

Gaiters were soon rolled out through the different branches of the German armed forces, most notably the Heer, Luftwaffe and Waffen SS and came in shades of green and blue with either black leather or brown leather straps.

As worn by members of the Luftwaffe.

In The Same Category 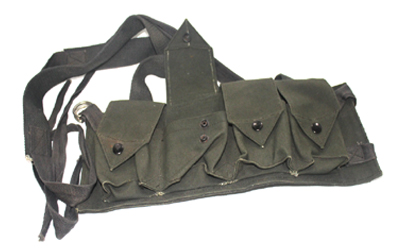 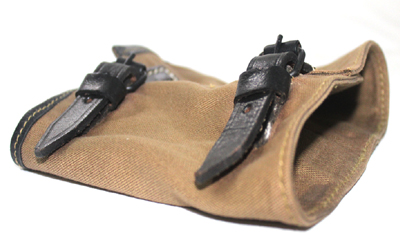 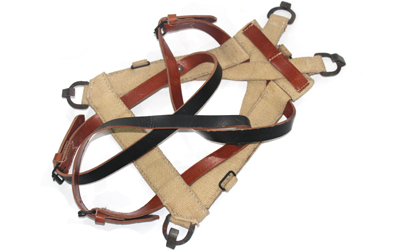 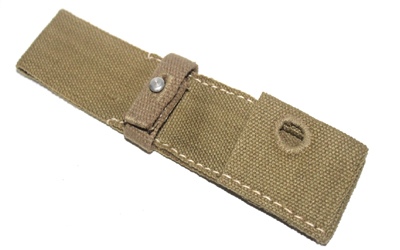 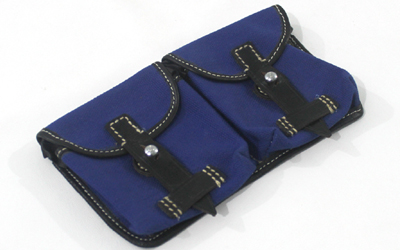 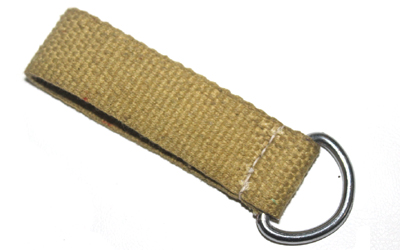 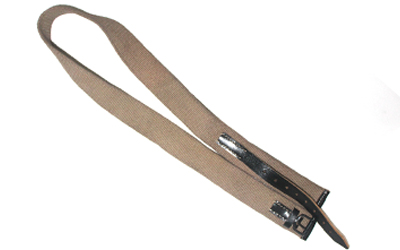 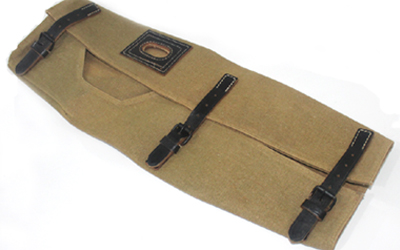 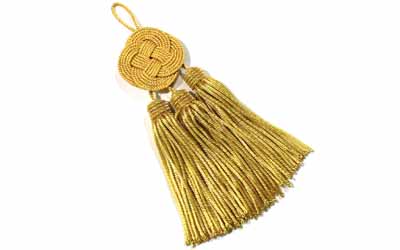 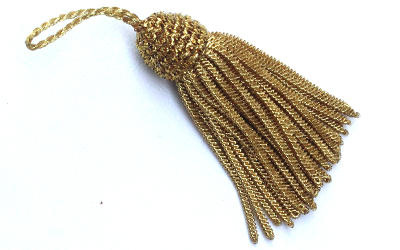 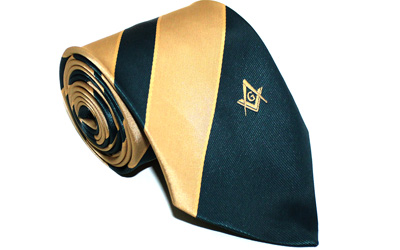 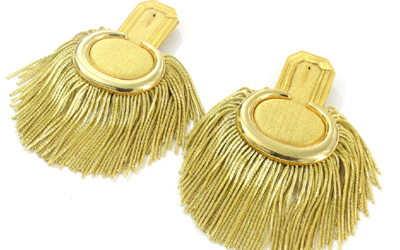 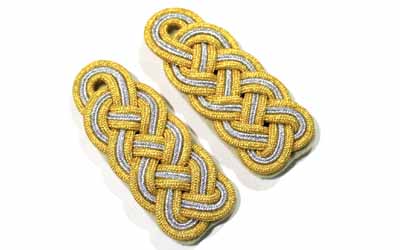 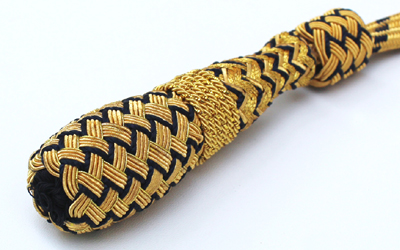 Find us by Google Map